For the quarter, the countries that contributed the most to the Fund’s return were Mexico, India, Australia and Japan, while the U.S., Netherlands, U.K., Germany and Switzerland were the most significant detractors. From an individual security perspective, Bayer (Germany), Glencore (Switzerland), NOV (U.S.), Flowserve (U.S.) and Grupo Televisa (Mexico) were the strongest contributors. The Fund holdings that detracted most were Prosus (Netherlands), General Motors (U.S.), Continental (Germany), TE Connectivity (U.S.) and Credit Suisse (Switzerland). We discuss a few of the key contributors and detractors in further detail below.

Bayer (Germany), a life science company with pharmaceuticals, consumer health and crop science divisions, was a top contributor to the Fund’s performance for the quarter. The company reported strong earnings results for 2021, in our view, with growth exceeding expectations across divisions. Notably, the crop science division delivered 11% growth, staging a robust recovery following two years of an agriculture downcycle and competitive challenges. Management’s increased guidance for crop science in 2022 calls for 7% organic growth and a 25-26% margin, which we believe is a key positive for the segment as it signals a long-awaited favorable transition toward profitable growth. In the pharmaceuticals division, revenue growth of more than 7% also bested expectations, supported by a strong recovery of Eylea, the continued growth of Xarelto and the slate of new products. Moreover, Bayer’s pipeline enjoyed notable successes in the period, including a favorable read-out for the cancer drug Nubeqa. We spoke with Bayer CFO Wolfgang Nickl during the quarter, who noted that tailwinds are robust in the business today. Notably, he expressed confidence in both the pricing and competitive backdrop in the crop science business as rate increases are layering into sales growth and cost cuts begin to come through. Nickl also reiterated Bayer’s expectations for continued growth in pharmaceuticals, driven largely by new launches and technologies.

In our view, Glencore (Switzerland) delivered a solid fiscal-year 2021 earnings report due to significantly improved year-over-year financial metrics, driven by both the mining business, where higher prices supported strong profitability, and the marketing business, which benefited from rising prices, supply constraints and inventory drawdowns. Glencore’s free-cash-flow generation was quite robust and resulted in net debt of just $6 billion, which is a record low 0.3x EBITDA and well below the $10-$16 billion range targeted by the company. Back in mid-February, guidance already suggested significantly higher earnings and cash flow, compared to 2022, due to significantly higher commodity prices across the board. This has been further amplified by additional price surges for most of the commodities that Glencore mines, including copper, cobalt, zinc, nickel and thermal coal. As a result, Glencore should report a substantial amount of free cash flow and incremental shareholder returns for the year. We recently met with CEO Gary Nagle and CFO Steve Kalmin and discussed the massive impact the crisis in Ukraine is having on Glencore’s markets. In many cases, realized prices significantly exceed index prices due to very tight physical markets. Management reiterated its commitment to pay out all excess cash below $10 billion of net debt to shareholders and noted that the company now has 27 assets that are either in the process of being sold or are under consideration for sale. This is in addition to the nine assets already sold under the portfolio simplification. We appreciate Nagle’s focus on efficiency and returns, and we believe the company continues to trade at a large discount to our perception of its intrinsic value.

Prosus (Netherlands), owing to its 29% stake in Tencent and the impact of the Russian invasion of Ukraine, was a notable detractor for the first quarter. Tencent was negatively impacted by fears for increased regulation and a poor macro backdrop that have negatively impacted fundamentals. We have spoken with numerous contacts on the changing regulatory landscape in China. Although we believe structural growth at Tencent will be lower in the future due to the new regulatory environment, it remains an excellent business with a high degree of innovation. Later during the quarter, Russia’s invasion of Ukraine weighed on companies with exposure to Russia. In Prosus’ case, its two Russian assets, Avito (the largest online classifieds company in Russia) and Mail.ru (the largest social media company in Russia), are now valueless in our estimation and resulted in a small reduction of our estimate of Prosus’ intrinsic value. While we monitor any new developments closely, we continue to believe Prosus remains extremely undervalued relative to its sum of the parts.

General Motors (GM) (U.S.) was a detractor during the quarter, due to increased macro uncertainty, higher fuel prices, and concerns over rising input costs, which pressured the company in particular and the auto industry as a whole. While we are closely monitoring the potential impact of these dynamics, industry demand remains robust, driven by strong consumer balance sheets and pent-up demand after multiple years of constrained production. We also remain confident in GM’s ability to navigate a complex operating environment, which the company has consistently demonstrated over the past few years. Finally, the long-term picture remains bright. We believe GM is significantly undervalued, is well-positioned for the long-term transition to electric vehicles and has numerous needle-moving ancillary business opportunities (most notably Cruise, which is an industry leader in autonomous vehicle technology) that are underappreciated.

In addition, we were disappointed to see the departure of Antonio Horta-Osorio from Credit Suisse (Switzerland) given his talents and the restructuring plan he initiated there. The company then delivered a disappointing fiscal year 2021 earnings report as a CHF 1.6 billion non-cash goodwill impairment exceeded our expectations and pressured results. Also of concern was the company’s weakened revenue generation as underlying fourth-quarter revenues declined CH 860 million from the year-ago period due primarily to weakness in the investment banking division. Management provided limited guidance for 2022 but reiterated that it would be a transition year, with expectations for about CHF 17 billion in adjusted operating expenditures for the fiscal year. Although the results were a bit disappointing and we understand that 2022 will be a transition year, we appreciate that the problems surfacing today are legacy issues and that Credit Suisse is taking the proper corrective action to improve its franchise and earnings power over the medium term. It is also important to note that Credit Suisse has made significant changes to both its senior management team and its board of directors. Toward the end of the period, the company provided an update on its exposure to Russia, which it reduced since the end of 2021. We believe the remaining exposure, including credit exposure from derivatives and financing from the investment bank, has an immaterial impact on our estimate of the firm’s intrinsic value. Moreover, we remain hopeful that with the various management enhancements mentioned, especially in areas of risk control and compliance, Credit Suisse will live up to its potential and avoid the pitfalls of the past. In the appointment of Axel Lehmann as the new chairman, we hope that with his experience, along with the timely execution of this new strategic plan, that Credit Suisse will not only be strengthened but revitalized.

During the quarter, we consolidated our holding in Ryanair Holdings (Ireland) while maintaining exposure through Ryanair Holdings ADR (Ireland). We also exited our positions in Compass Group (U.K.), Toyota (Japan), Citigroup (U.S.) and Incitec Pivot (Australia). Increased market volatility spurred a bit more portfolio turnover than usual as we used capital from the aforementioned sales to increase our stake in current holdings and to purchase new securities that we believe possess more attractive risk-return profiles.

We initiated positions in two new holdings and received shares of Iveco Group from a spinoff transaction.

We continue to believe the Swiss franc is overvalued versus the U.S. dollar. As a result, we defensively hedged 15% of the Fund’s Swiss franc exposure at quarter end. Geographically, we ended the quarter with 50.1% of our holdings headquartered in the U.S. with the remaining 49.9% coming from international markets. Our international weightings are comprised of Europe and the U.K. (44.0%), Asia (4.7%), and Latin America (1.2%).

Thank you for being our partners in the Oakmark Global Fund.

EBIT is a measure of a firm’s profit that includes all expenses except interest and income tax expenses. It is the difference between operating revenues and operating expenses.

The compound return is the rate of return, usually expressed as a percentage that represents the cumulative effect that a series of gains or losses has on an original amount of capital over a period of time. Compound returns are usually expressed in annual terms, meaning that the percentage number that is reported represents the annualized rate at which capital has compounded over time.

All information provided is as of 03/31/2022 unless otherwise specified. 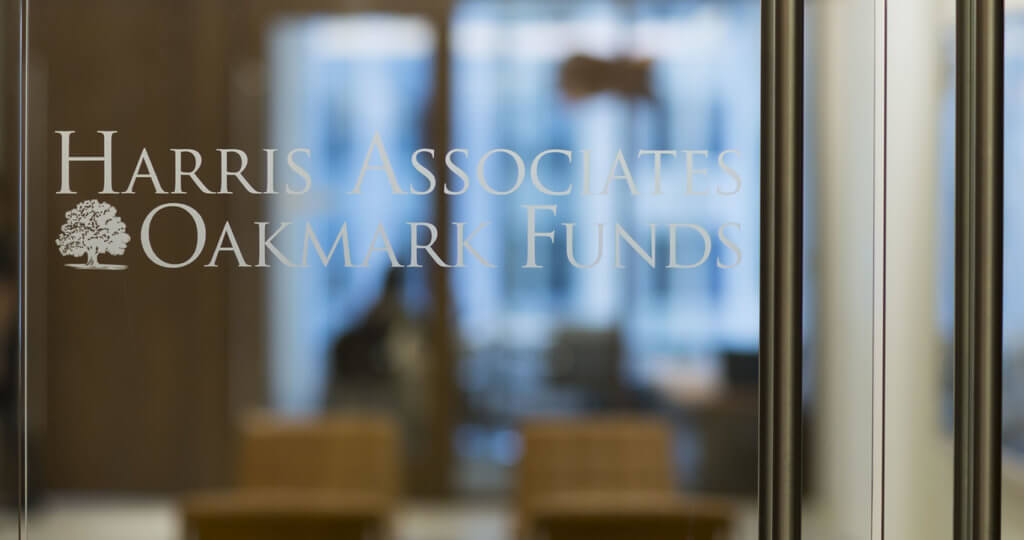