Glencore, one of the world’s largest mining firms with leading market positions in copper, coal, zinc, nickel and cobalt mining, was a top contributor for both the quarter and one-year period. The Swiss-headquartered company continued to outperform expectations and benefitted from rising commodity prices and a disciplined cost program. Copper is Glencore’s most important commodity, and the company is benefiting from rising production and lower costs. Demand for copper is currently quite strong and, in our assessment, it will remain robust due to 1) broad infrastructure investment in China and elsewhere; 2) continued global industrial recovery; and 3) its use in environmentally favorable initiatives, such as grid investment, renewables and mobility electrification. At both current and normalized prices, Glencore generates a significant amount of cash flow, resulting in a double-digit free cash flow yield. Lastly, we like that the company is run by smart, hyper-competitive and value-focused managers who are incentivized to improve asset returns and return capital to shareholders.

Chinese internet company Alibaba was a top detractor for the year ending September 30. Regulatory headwinds and heightened competition continued to challenge the company’s operating results. Earlier in 2021, China’s State Administration for Market Regulation fined Alibaba Group $2.8 billion—the largest antitrust penalty issued in the country’s history. The fine, which represents 4% of the company’s 2019 annual domestic revenue, was imposed because China’s State Administration for Market Regulation found that Alibaba’s merchant exclusivity requirements hindered competition. Later, the company’s share price plunged upon the release of fiscal full-year earnings, even though these were largely in line with our full-year estimates on an organic basis. Along with the earnings release, management announced it would reinvest all incremental profits in the current fiscal year, which disappointed investors. While this strategy will likely produce low or no near-term profit growth, management believes these investments will help grow the company’s user base over the long term. In addition, the cloud business grew more slowly than had been expected, which Alibaba attributed to a large global customer moving its non-China business to a competitor. While the company faces near-term challenges from regulatory pressure and a slowing macro environment, we believe it is meaningfully undervalued relative to our estimate of its intrinsic value.

Continental, a German tire and automotive component manufacturer, was a notable detractor for the quarter after it released a mixed set of results in August. Incremental weakness on the component side was primarily driven by the global computer chip shortage, which has impacted light vehicle production globally and also especially affected Continental due to the company’s business mix. On the positive side, its tires business is clearly benefiting from recoveries in both volume and pricing. Since reporting results, Continental’s expectations for light vehicle production have come down further and will likely put pressure on near-term results. In September, the company completed the spinoff of its powertrain business, Vitesco Technologies, which produced solid results in its final quarter with Continental. We believe the eventual recovery of vehicle production growth, combined with increasing content in vehicles from Continental and significant cost reductions, should significantly improve the company’s financial results over the next few years. We continue to find Continental has an attractive portfolio and believe that it is undervalued relative to its normalized earnings power.

During the quarter, we sold our holdings in Bunzl (U.K.) and EssilorLuxottica (France) as they approached our estimates of their intrinsic values. We also sold our remaining shares in Liberty Global Class C (U.S.), but we maintained our investment in Liberty Global Class A (U.S.). Similarly, we transitioned our Samsung Electronics (South Korea) position to the Samsung Electronics preferred shares.

We initiated the below positions during the quarter:

We continue to think the Swiss franc is overvalued versus the U.S. dollar. As a result, we defensively hedged a portion of the Fund’s exposure. Approximately 14% of the Swiss franc exposure was hedged at quarter end.

Geographically, we ended the quarter with approximately 84% of our holdings in Europe and the U.K., 9% in Asia, and 2% in Australasia. The remaining positions are 1% in South Africa, 3% in North America (Canada) and 1% in Latin America (Mexico).

All information provided is as of 09/30/2021 unless otherwise specified.

Portfolio Manager David Herro discussed value opportunities as the economy begins a phased reopening on CNBC’s “Squawk on the Street.” 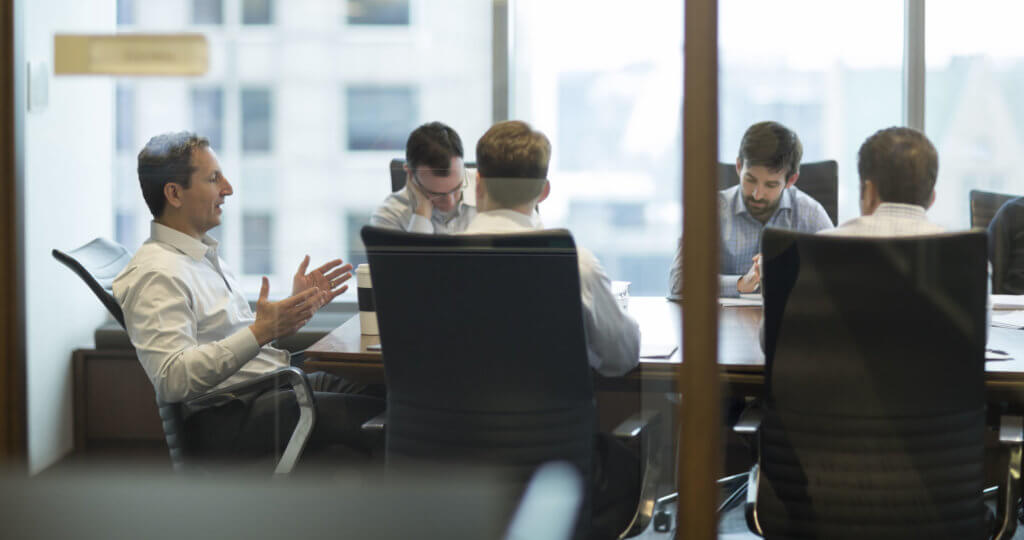 David Herro | Eric Liu
This site uses cookies to provide you with a great user experience. By using our website, you accept our use of cookies.