Mr. Nygren has received many accolades during his investment career, including being named Morningstar’s Domestic Stock Manager of the Year for 2001.

According to Morningstar, the Morningstar Manager of the Year award is presented to portfolio managers based on the managers’ (i) “ability to generate exceptional returns;” (ii) “willingness to align their interests with shareholders;” and (iii) “courage to stay with their strategies in order to produce superior risk-adjusted returns in the end.

This quarter’s commentary includes an excerpted version of my interview with The Motley Fool.

We initiated two new holdings and eliminated two others in the fourth quarter. We believe that these new investments are more attractive positions on a risk-adjusted basis for the Fund.

We believe that the lower and more widely dispersed valuations in the market today have allowed us to redeploy capital into increasingly attractive investments. We are optimistic that these decisions will sow the seeds...

Portfolio Manager Bill Nygren appeared on CNBC’s “Squawk on the Street” to talk about new buys and sells in the portfolio.

Bill Nygren and Alex Fitch on “We Study Billionaires” Podcast 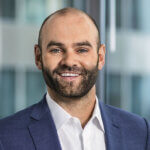 Portfolio Manager Bill Nygren talked about where he sees opportunities today, including in the financials and communication services sectors, on CNBC’s “Closing Bell.”