The years say what the days cannot tell.

The calendar has flipped to October, and again this year, the city of Chicago is focused on its Cubs. After just concluding a 103-win, best-in-the-MLB season, the Cubs enter the playoffs as the World Series favorite. The prospect of a Cubs’ World Series win is especially exciting because it hasn’t happened since 1908. Into this highly charged atmosphere, along came Joe Sheehan, a writer for Sports Illustrated, who unwelcomingly inserted some math into the discussion. To win a World Series, a team must win a five-game series followed by two seven-game series. If all the teams were equal, each would have a one-in-eight chance of winning. Joe did some homework and found that teams that won over 100 games in the regular season were crowned World Series champions only 23% of the time. That means 77% of the time they weren’t. So despite starting the playoffs as the overwhelming favorite, the likelihood is that the Cubs will not win the World Series this year. As Joe says, “The differences that separate great teams from good ones in baseball show over 162 games; over five or seven, those differences vanish.” Nobody likes the dream killer!

Those of you who are regular readers of Oakmark reports know that we aren’t here to write about sports, but as sports fans, we often see analogies that provide useful ways to think about investing. It is with that in mind that I was considering how short the average investor’s time frame has become—effectively investing for just the World Series rather than the longer regular season. The financial media, broadcasting 24/7, bombards investors with information and encourages almost constant action. In that environment it is rare to take time to look at the forest instead of each tree. But right now we have the perfect reason to step back and take such an opportunity.

This year marks the 25th anniversary for Oakmark. Our flagship fund started on August 5, 1991. In some ways, 1991 seems a world away: Sixty Minutes was the most watched TV show, newspapers were viewed as one of the safest and most predictable businesses, AOL was just beginning to connect early adopters to the Internet using landlines, and the Minnesota Twins (MLB’s worst team in 2016) won the World Series. In other ways—such as Clinton running for President—it seems like just yesterday. In Chicago in 1991, a group of young investment professionals, eager to invest their own capital side-by-side with their clients, convinced the decision makers at Harris Associates to launch a mutual fund using our long-term value approach, and thus Oakmark was born.

As anniversaries are a time for reflection, let’s look at some of the things we can learn from a 25-year “season” rather than focusing on just the past quarter or year. Warren Buffett once referred to compound interest as the 8th Wonder of the World, and 25 years is enough time to see that “wonder” working. Anyone who invested in the S&P 500 just over 25 years ago, when we started Oakmark, would now have over nine times their original investment. That’s what makes market timing almost impossible and why we don’t even attempt it at Oakmark. The long-term record for investing in equities is so good that it is very difficult to add value by trying to identify the brief periods when stock market returns are unattractive.

In case you are tempted to think the past 25 years was a positive “perfect storm” for equity prices (the real Perfect Storm with 100 foot waves off the East Coast did occur in 1991), let’s remember, chronologically, some of the key events that market-timers cited as reasons to not invest in stocks:

Yes, that all happened, and the market still went up more than ninefold. So, next time someone tells you that stocks can’t possibly go up because the Fed has to raise interest rates or because Congress is doing something stupid or because we have the worst presidential candidates ever, remember the very high hurdle that exists for altering your long-term asset allocation based on current events.

The second reflection that is equally impressive is the value that was added by consistent application of our disciplined investment approach. The quote at the top of the page, which has led off these commentaries for many years, describes how we invest. We search for fundamental value, making the most of opportunities created by short-term investors, and we very patiently wait for other investors to see the value that we thought was hidden. It is an approach that has led to many disappointing quarters and more disappointing years than we would have liked. But during those times, our faith in the process was unwavering. An investor who purchased Oakmark at its inception 25 years ago would today have over 19 times their original investment or more than twice the capital they would have accumulated by investing in the S&P index.

That’s an uncomfortable fact for those who argue that active management can’t add value. But just like our investment approach requires the discipline to stay true during periods when the market tells us it “isn’t working,” it is equally important for the shareholders in our funds to exhibit that same level of patience and discipline. Despite Oakmark’s track record, those investors who bought the Fund after periods of strong performance and sold after periods of poor performance did not generally have a profitable experience. As I highlighted in last quarter’s commentary, a full one-third of the five-year holding periods for Oakmark showed returns below the S&P despite a 25-year return that doubled it. Fund investors need to have a reason for investing that goes beyond short-term performance, which is one of the reasons we’ve put so much effort into shareholder communication that focuses on our investment philosophy.

The third and final reflection I’d like to highlight is the value of concentrating assets into what we consider to be our best investments. As we recognize the 25th anniversary for the Oakmark Fund, we have also reached the 20-year milestone for Oakmark Select. The two Funds invest with the same philosophy and are supported by the same team of investment analysts. The main difference is that Oakmark is much more diversified than Oakmark Select. While the Oakmark Fund typically diversifies its assets across 50 or more stocks, Oakmark Select generally holds only 20. It is almost certain that a 20-stock portfolio will be much more volatile than a 50-stock portfolio, but our expectation is that over time that risk will be rewarded with a higher return. Since the inception of Oakmark Select on November 1, 1996, an Oakmark Fund investment has grown over five times while Oakmark Select has achieved a tenfold increase. Just as Oakmark endured periods when the comparison to the S&P was unfavorable, the results of concentrating in our highest conviction investments has also been a bumpy ride, but one with an equally good outcome.

As we look to the next 25 years, we clearly can’t promise that the S&P will again increase ninefold. With interest rates as low as they are now, I’d say it’s in fact quite unlikely the S&P replicates that performance. But I’d also say that over that much time, the S&P is likely to continue its historical pattern of meaningfully outperforming both bonds and cash. We also can’t promise that Oakmark will double the return of the S&P. Just as there is no guarantee that the MLB-leading Cubs will break the curse this year, there is no guarantee that a sound investment decision will produce great returns. There is always uncertainty as to the output of any investment process. Though I can’t promise great returns, I can promise that the important inputs that have worked throughout Oakmark’s history will remain unchanged:

Thank you to our shareholders who, by entrusting us with the investment of your hard-earned dollars, have allowed us to celebrate 25 years of Oakmark, 20 years of Oakmark Select and 10 years for our newest Fund, Oakmark Global Select. We are grateful and humbled by the confidence you have expressed in us and endeavor to continue doing the best we can to reward your decision.

The holdings mentioned above comprise the following percentages of the Oakmark Fund’s total net assets as of 09/30/16: Time Inc. 0%, CBS Corporation 0% and AOL Inc. 0%.

The holdings mentioned above comprise the following percentages of the Oakmark Select Fund’s total net assets as of 09/30/16: Time Inc. 0%, CBS Corporation 0% and AOL Inc. 0%.

The holdings mentioned above comprise the following percentages of the Oakmark Global Select Fund’s total net assets as of 09/30/16: Time Inc. 0%, CBS Corporation 0% and AOL Inc. 0%.

Because the Oakmark Select Fund & Oakmark Global Select Funds are non-diversified, the performance of each holding will have a greater impact on the Funds’ total return, and may make the Funds’ returns more volatile than a more diversified fund.

Portfolio Manager Tony Coniaris talks about the firm’s long-term approach to business value on CNBC’s “Squawk on the Street.” 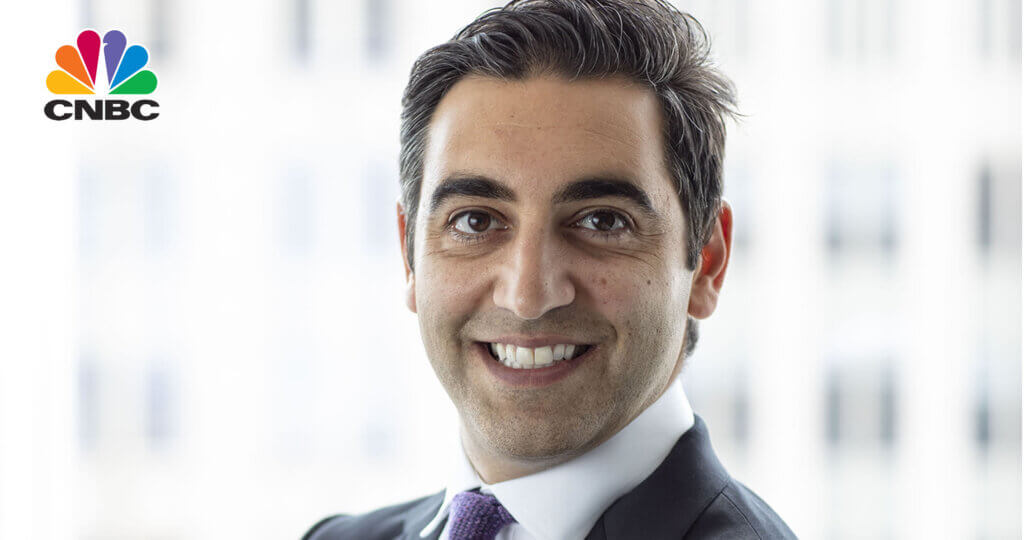 Portfolio Manager Mike Nicolas spoke about the firm's broader definition of value and long investment horizon, which has uncovered opportunities in many market environments...

Portfolio Manager Mike Nicolas discussed why he is finding value in the financials and payments spaces on CNBC’s “Squawk on the Street.”